The company LINET was founded by Zdeněk Frolík in the Czech Republic in 1990. The firm started with a starting capital amounting to 15,000 USD in the ruins of an old agricultural farm. The firm had no product, nor customers or manufacturing equipment. Its founders had no knowledge about this business and the risks which it can bring. If they had had, the company would have never arisen.

Today the company LINET is the third biggest producer of hospital beds worldwide. Its headquarters are currently in the Netherlands – LINET Group SE and also the German company Wissner and several daughter companies in the Netherlands, Belgium, France, Spain, Great Britain, Sweden, Brazil and Mexico are members of this group. Further firms are being founded during 2013 in Singapore, China, Russia and Turkey. Annually the group produces and sells almost 80,000 beds for hospitals and nursing homes. It sells its products to more than 100 countries worldwide. The sales are growing at the highest rate in the USA where the company started business in 2009 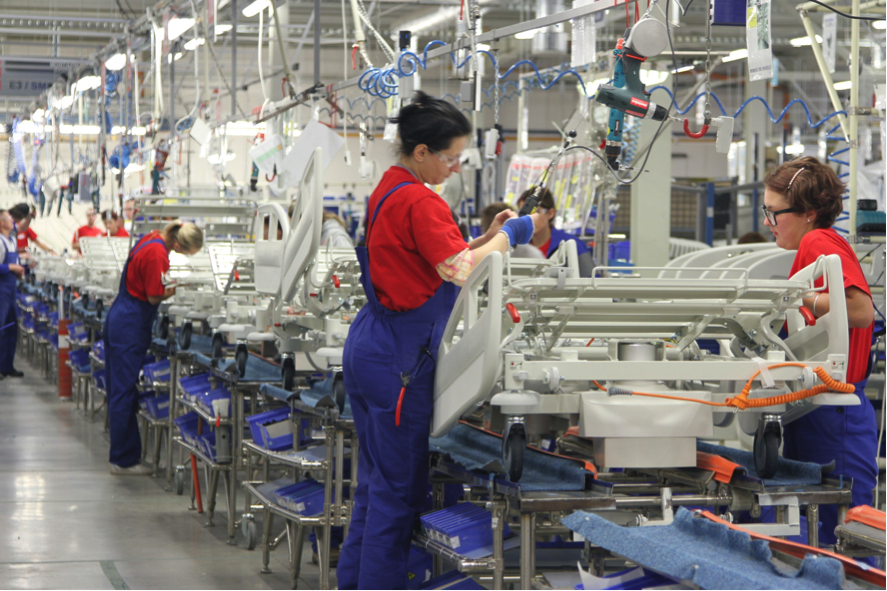 LINET is typified by its strong innovative ability; it works with talents and is young by its average age as well as by its way of thinking. It has a strong capability to find new solutions, to learn and to realise its plans quickly. The key requirements on the employees are loyalty, diligence, fairness, motivation, determination and the ability to learn continuously.

The owner Zbyněk Frolík (1953) who worked as a technical manager at a hospital before the political change in Czechoslovakia and tried to make more money by growing and selling flowers, has a competitive spirit. He wants to be excellent, to do things in the best way worldwide and to win. He considers every obstacle to be an opportunity, the problems and their solving make him stronger rather than tire him.

As to the innovations of his products, in which he actively participates, the founder of the firm says:

“We started with bent pipes, four wheels and one engine in the rear part. Today we do not view the bed as a final product but as a tool which is a logistic address on which a patient is placed. During the patient’s stay on the bed we add the value by improving his/her state of health or eliminating harmful influences from the surroundings. We utilise the time of the patient’s stay on the bed for collecting the relevant information for acquiring an early diagnosis, prevention and monitoring his/her state. We are able to measure the heartbeat, pulse, breathing, the blood pressure pulse wave velocity through the aorta, the response speed of the nervous system in the individual parts of the human body. We monitor on-line any change of the cordial performance, the intracranial pressure in the skull without any need of trepanation, the movement activity of the patient on the bed and other functions such as measuring the humidity under the patient or the ability to recognise in time the intention of the patient to leave the bed. We are able to transmit all this data wirelessly to the hospital information systems and remotely through the internet so as to diagnose the technical state of the bed or to carry out remotely the stocktaking of all the beds at a hospital e.g. in Australia. It means that today and also in the near future the bed will be a “HUB” on which a lot of monitoring functions will be placed, the bed will communicate with other appliances around the bed and with other beds as well, and the ability to foresee the onset of diseases and their development in time will be improved. This technology is designed in such a way that it can be also used in beds at nursing homes or at home.”

The founder of LINET gives advice to young entrepreneurs – don’t be afraid to follow your dreams and adhere to the slogan of Toyota that nothing is impossible. Play fairly; be different, innovative, positive and diligent. 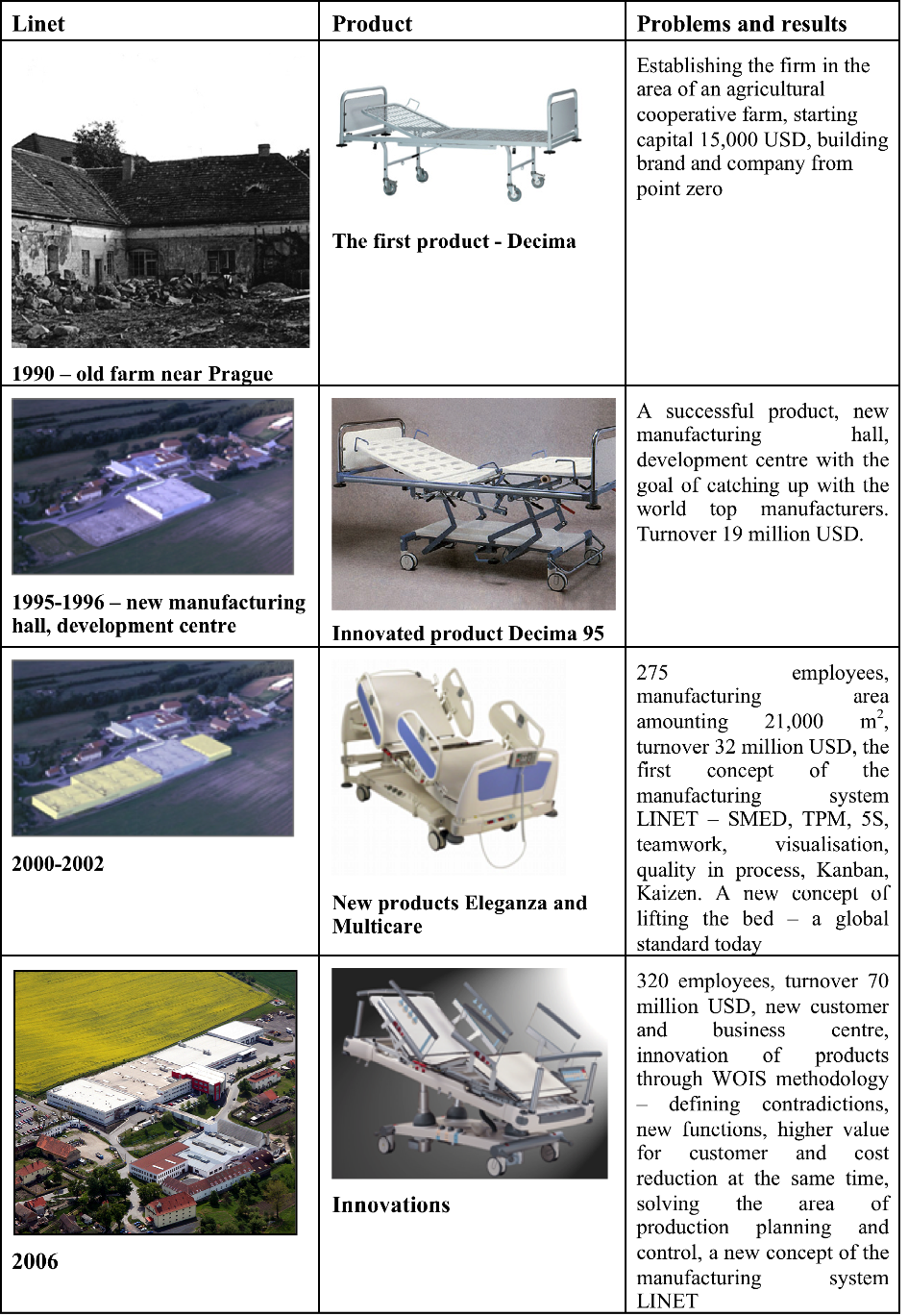 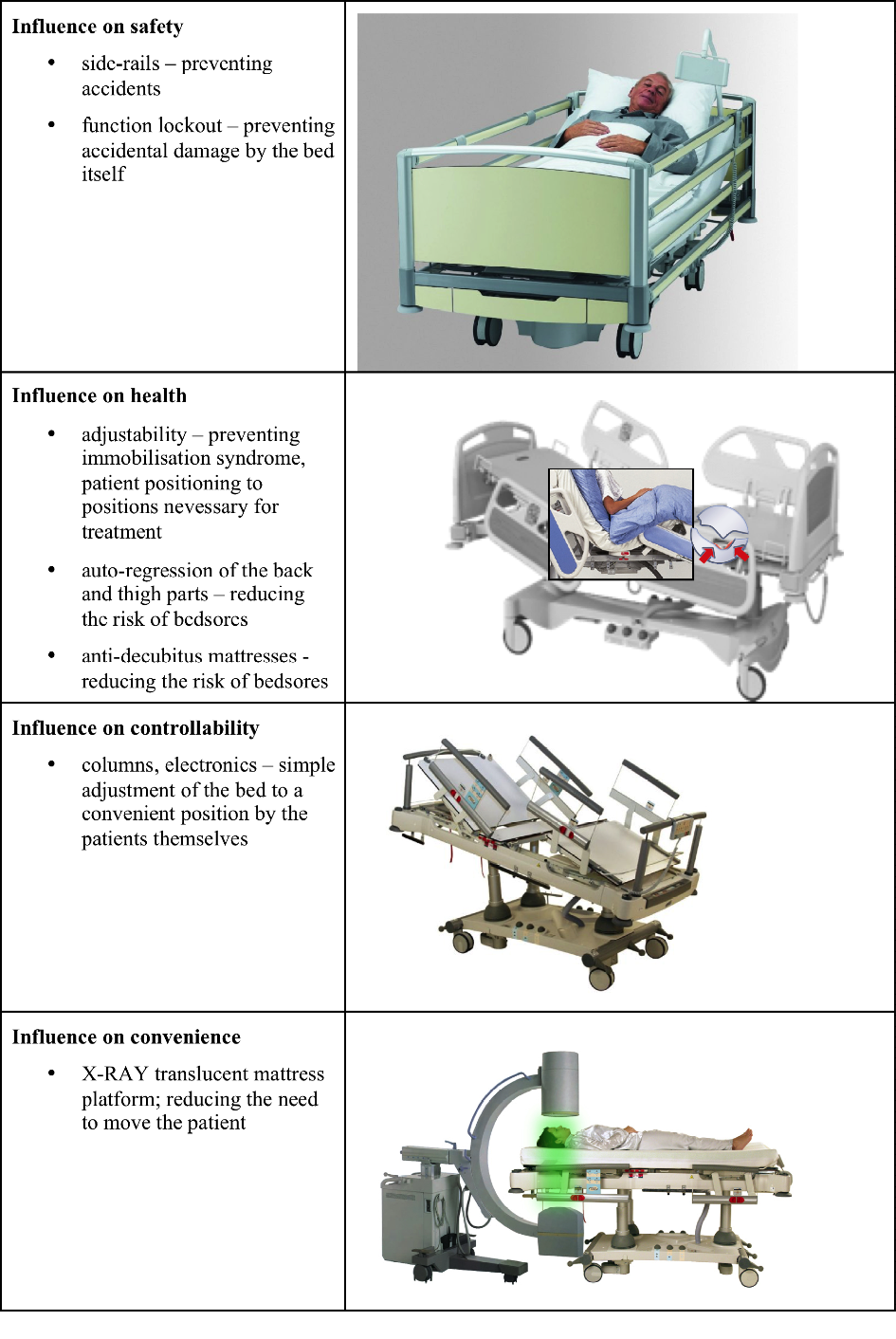 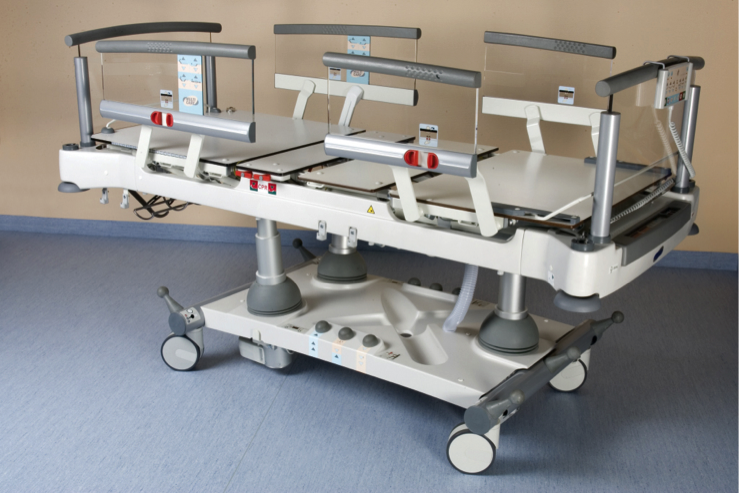 Distinctive design elements are the fully transparent front sides and side-rails which fully maintain the function, however, do not create any barrier between the patient and the surroundings. It is a good example of where the design and technical solution affect the rehabilitation. 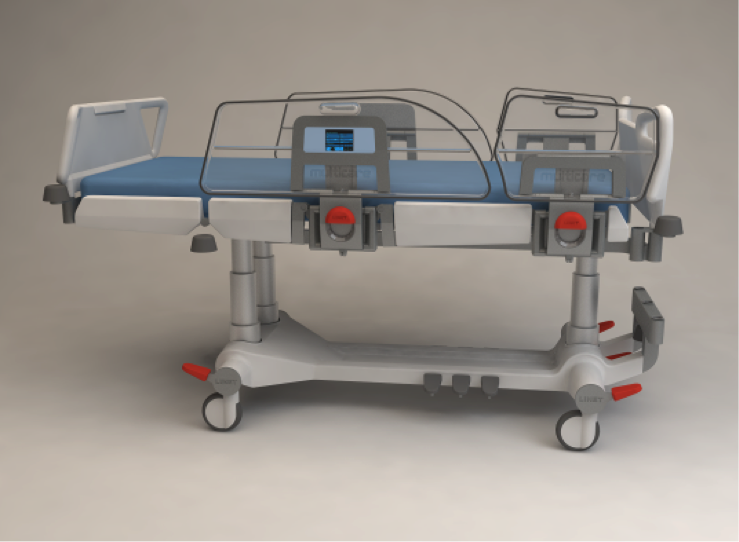 Influence of design on the patient (designer Ivan Dlabač)

The Value Curve shows a few differences of the LINET strategy compared to their competitors. The company already concentrated at the beginning on a narrower product portfolio than its competition. However, the products involve prefect knowledge of the customers´ world and adapting the product to specific conditions. The smaller and well-organised segment portfolio enabled them to create deeper details in the area of innovations and to bring in the customer functions and flawlessness which a lot of competitors were not able to offer. 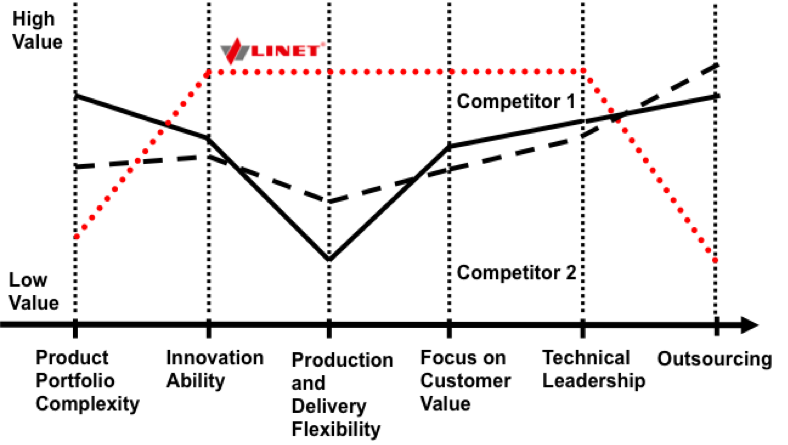 Probably the innovation capability of the company is its biggest competitive advantage. The innovation teams dealing with products have always been led by the head of the marketing department, and also the owner of the company Zbyněk Frolík who has always been a very active team member. The innovation project always defined contradiction-oriented goals, e.g. improving the patient self-service and mobilisation as well as increasing the safety of the patients, adding new functions and cost reductions.

The continuous innovations were also running in the work-flow system, purchasing, production and distribution with the aim of achieving maximum flexibility. The methods of Industrial Engineering for reaching maximum workplace flexibility (SMED, TPM, visual management, standardisation, 5S) as well as flexibility in the processes and value streams (Value Stream Mapping, Kaizen, Quality in Process, manufacturing cells). 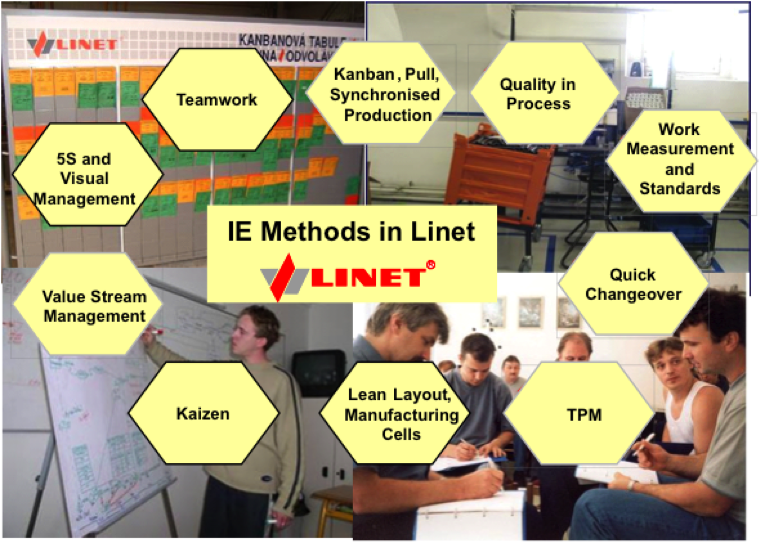 The company has established close contacts with its customers and the service employees also take part in the innovation processes but there are also teams in which the customers also participate. The company LINET thoroughly studies the customer processes, the ways how the bed is utilised as well as any problems which arise during its usage. 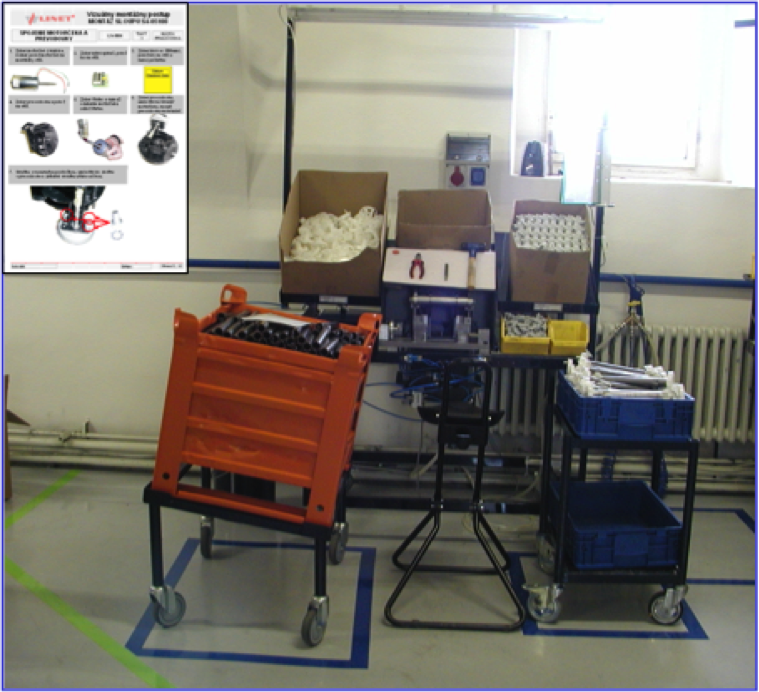 The company attempts to achieve technical leadership in the product area as well as in the manufacturing technologies. During the time period when the majority of competitors were more or less outsourcing their activities, LINET was studying new technologies; they optimised the processes and mastered not only the development and assembly of complex products but also the development and production of individual components and modules. LINET is also developing a lot of special tools, fixtures and special devices for its production. 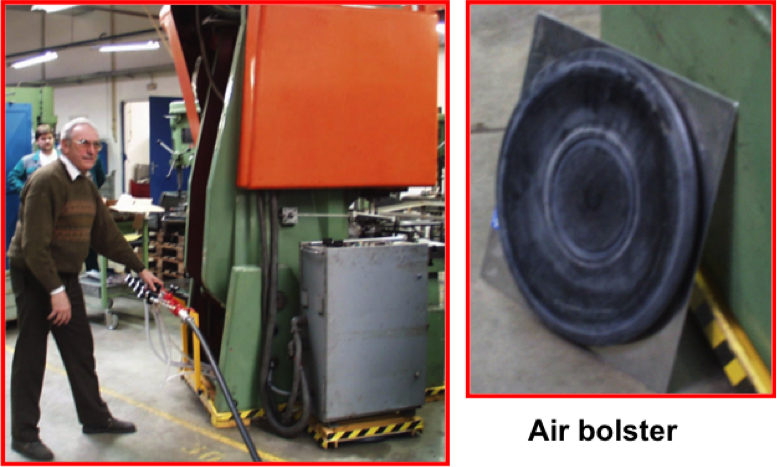 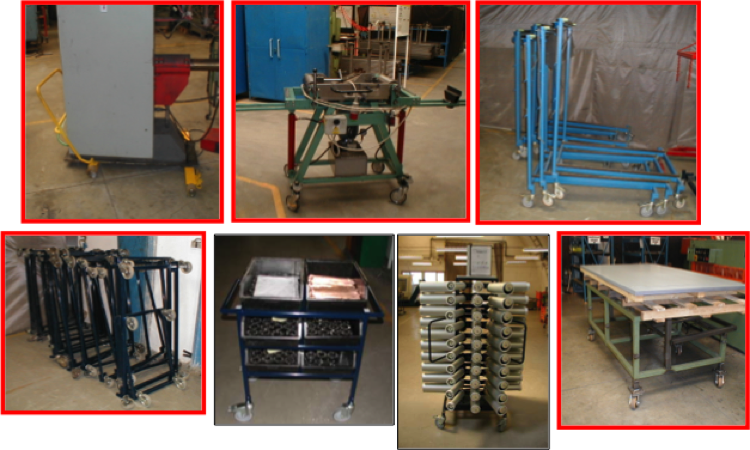 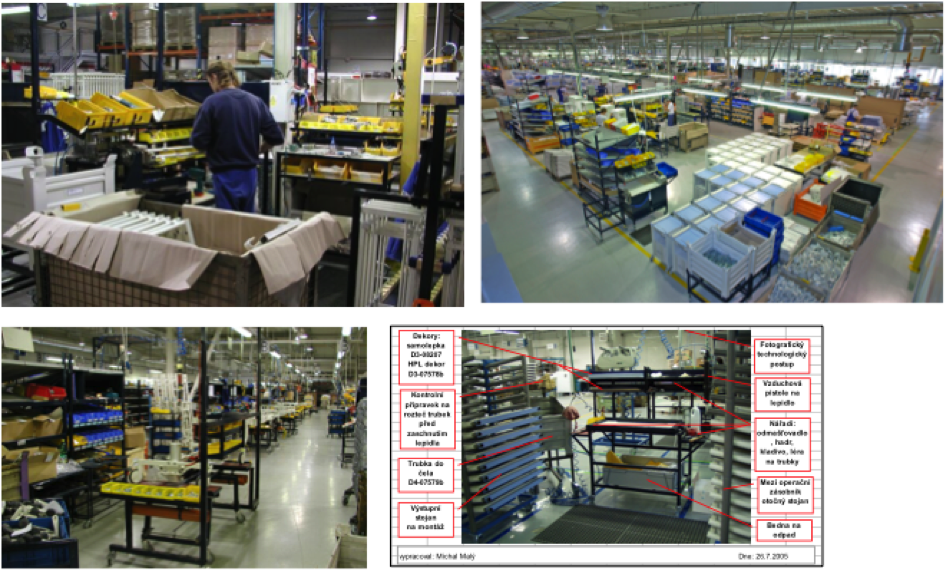 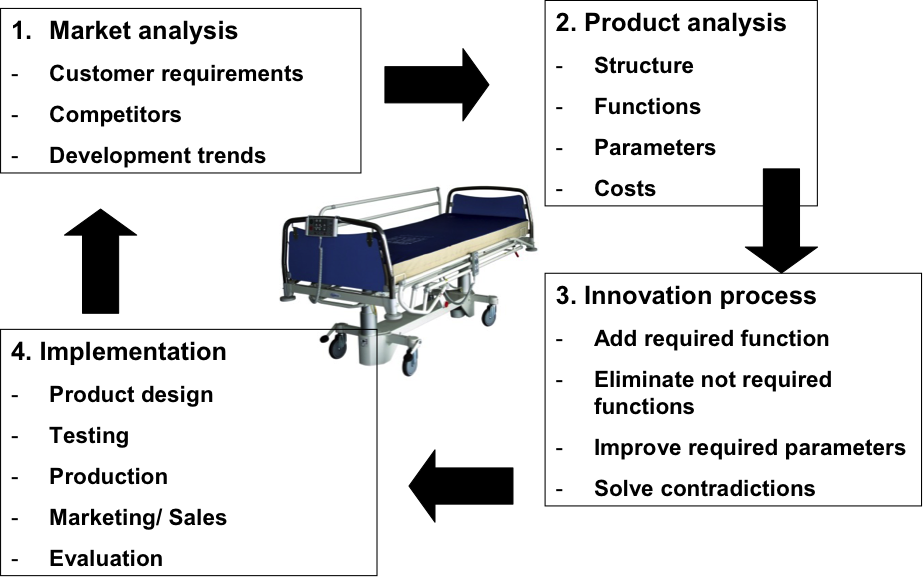 The innovation project started with an extensive analysis of the markets, trends and customers. The following groups of customers were defined – nurses, patients, physicians, hospital managers and service technicians (maintenance workers) of the beds at hospitals.

After an agreement with the management we sent a team of students to the hospital which analysed the processes and various situations when the bed was being used. Subsequently these analyses were discussed thoroughly at workshops with the customer groups.

At the same time the analysis of problems caused by the beds at hospitals – falls from the beds, inflammations and infections.

These analyses resulted in key requirements on a new generation of beds in a contradiction matrix. Subsequently the evolutionary trends of the bed and its individual modules as well as various concepts for technical solutions of new functions were analysed. 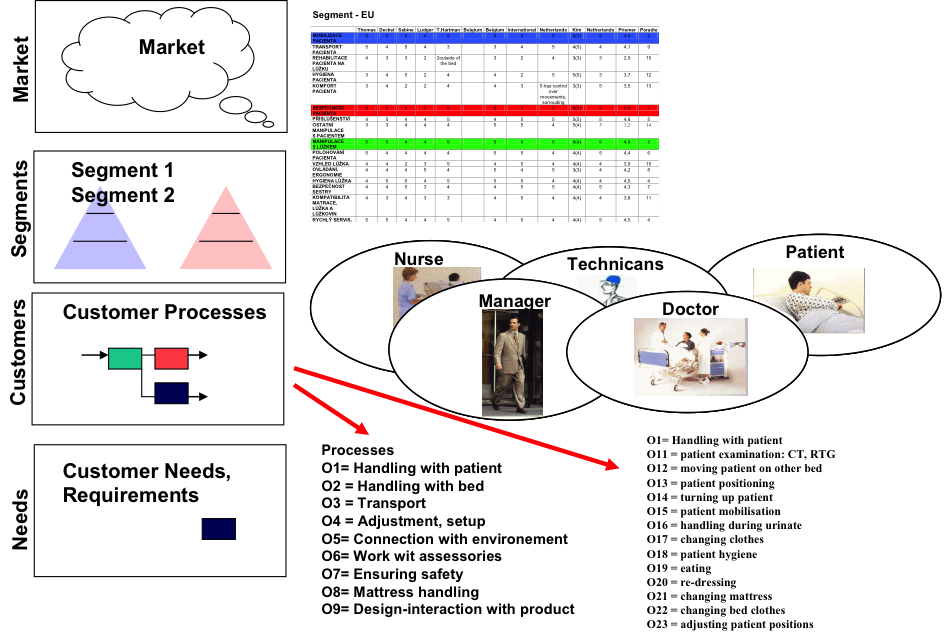 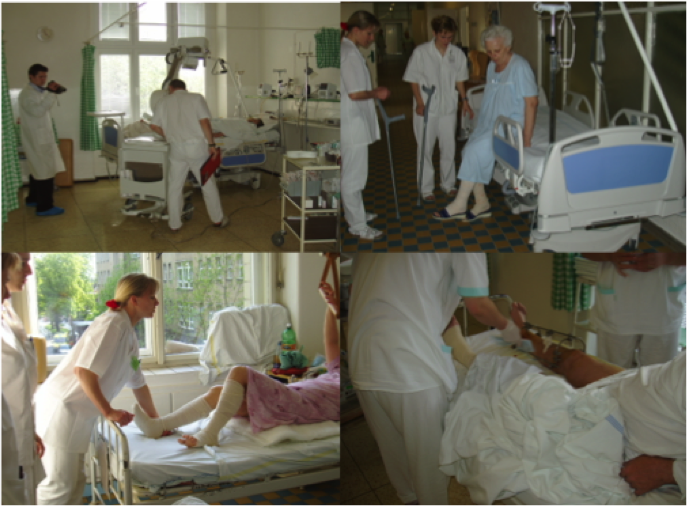 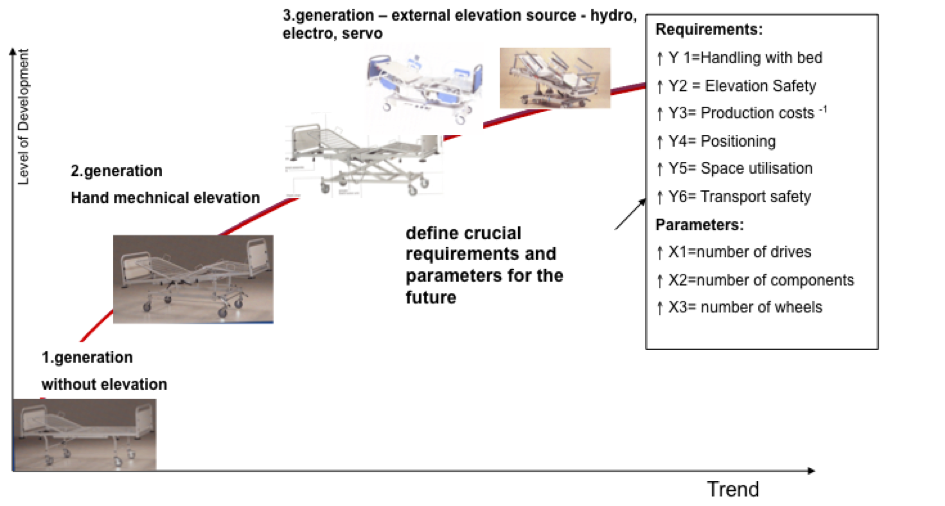 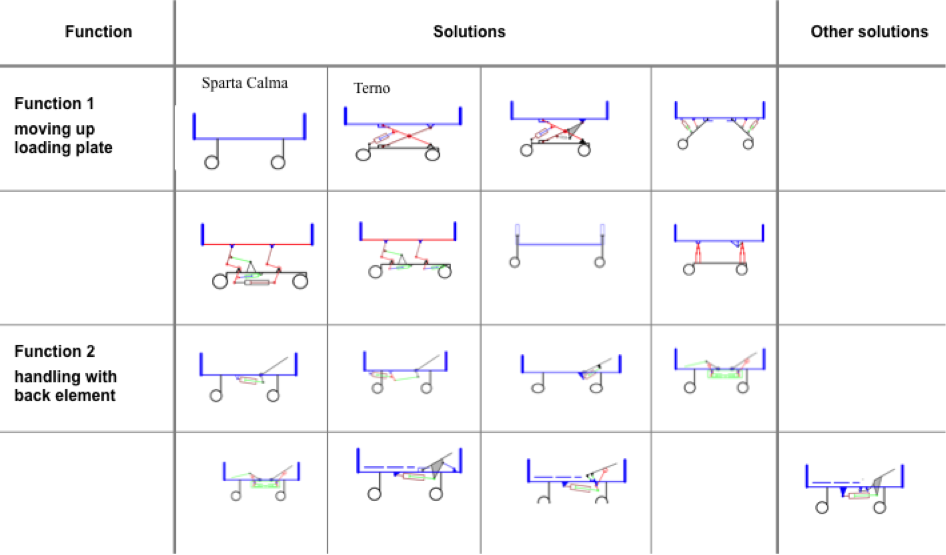 Analysis of Functions and Solutions Concepts 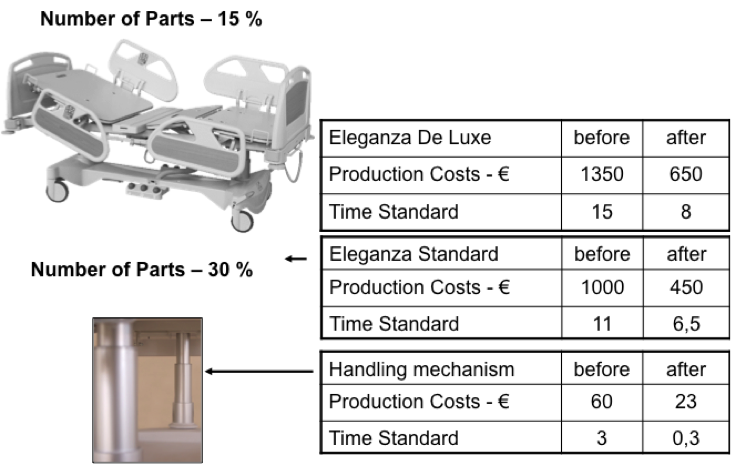 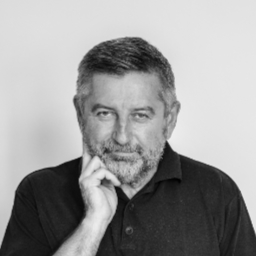